PHOENIX – Arizona State Parks and Trails today won the Gold Medal for best managed state park system in the nation from the National Recreation and Park Association (NRPA). The award was announced this morning during the national NRPA conference in New Orleans, Louisiana.

“This is a tremendous achievement that benefits everyone in our state – from residents to tourists,” said Governor Doug Ducey. “Winning the Gold Medal is a testament to the hard work, collaboration and innovation that Arizona State Parks and Trails demonstrated to get us to this point.” 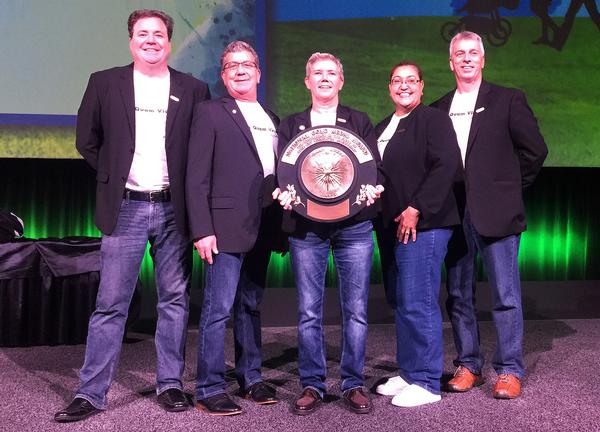 “This Gold Medal win is not just about the staff of Arizona State Parks and Trails,” said Sue Black, Executive Director of Arizona State Parks and Trails. “This is about everyone in Arizona who contributes to our success or gets to enjoy our beautiful parks. It’s a huge honor to be considered the best-managed state park agency in the country, and we hope everyone will get out and see these amazing parks first-hand.”

To celebrate making it to the Final Four and hear the Gold Medal winner announced, agency partners, stakeholders and constituents gathered at the Arizona State Parks and Trails Outdoor Recreation Information Center on Tuesday morning as the event was live-streamed on Facebook from New Orleans. Executive Director Black accepted the award.

2017-09-27
Previous Post: Is there a State Park in Bouse’s future
Next Post: Special Use Permits for Kofa

Advertising Disclosures: RideTrails, LLC and RideTrails Member Organizations (clubs and associations) may be compensated for featured placement of certain sponsored products and services, or your clicking on links posted on this website.

Amazon Associates Disclosure: RideTrails, LLC is a participant in the Amazon Services LLC Associates Program, an affiliate advertising program designed to provide a means for us to earn fees by linking to Amazon.com and affiliated sites.